What BLM has Taught us about Teaching 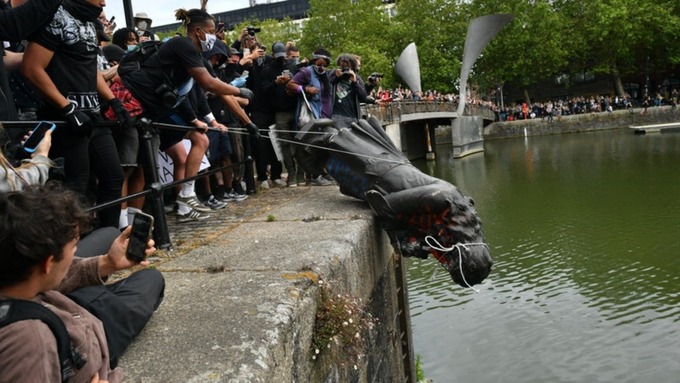 History education has (quite rightly) been under serious scrutiny this past week. It’s something I have been studying over this past few months since evaluating the education system in the USA and their approach to the story of thanksgiving, which is deeply troubling. For context, I teach history to young people as a living. I embody characters after doing a lot of research and have a responsibility to be as authentic as possible. This also means that I understand it’s not as simple as sitting a group of children down and going into graphic detail about colonisation, the slave trade, and our profoundly troubling past.

The information will just not be processed if a child is scared, scarred or troubled by your words. There is a much more complicated issue of sensitivity and how we approach the subjects in an age-appropriate way in primary schools. ’13th’ on Netflix is superb and very effective, as is ’12 Years a Slave’. Neither of which I would show to a class of Y5 children.

This is the problem.

A lack of appropriate resources is preventing these necessary conversations. I had a very similar issue when summarising the Mayflower story into a 5 minute video appropriate for children: how do I approach the topic? Should I approach the topic? Am I qualified enough? What happens if I get it wrong? There have been so many lies and pieces of outdated information in the curriculum that many of us have to re-educate ourselves before teaching others. How many adults will still think of ‘I before E, except after C’ when spelling a word? Even though that rule is nonsense and will lead to mistakes.

I remember being told in school that during an job interview, when asked what our weaknesses are, we should tell the interviewer a strength but disguise it as a weakness eg. ‘being a perfectionist’, which is awful advice and will immediately be seen as dishonest.

I wonder how many people have missed out on jobs or have been spelling words incorrectly because of this bad advice from teachers in the past.

When corrected, we can either say:

Of course, teachers aren’t doing this to intentionally trip us up. In most cases, it’s what they learnt when they were at school, or it was in a course document they read when they started teaching in the 80s. As teachers, it can be embarrassing to be corrected, but it shouldn’t be. We can dwell on mistakes, blame our own education, or we can admit our mistake, correct it and make a note of it for when we come back to the topic in future.

As educators, we need to adopt the same mindset when re-evaluating our history lessons.

‘We have been misinformed, but that ends here.’

The BLM protest has been massively beneficial to this mindset change. Despite being from one of my historical wheelhouses (17th Century England), I was unaware of who Edward Colston really was. Discussions about the removal of his statue had been going on for decades, with councils cautious of giving the removal a green light for fear of upsetting local people. The beauty of seeing a group of passionate people saying that they’d had enough and throwing it into the river was the sort of poetic justice that grabs people’s attention. There’s no way the story would have reached as many people if the council had just quietly removed the statue one Sunday when nobody was looking. Google searches and hit rates on this man’s wikipedia page have sky-rocketed since that event. This means people are actively searching for more information. Many people may have been familiar with his name, but the searches clearly indicate that most people weren’t saying ‘It’s about time Eddie was thrown in the river’, most people (like me) searched his name and said ‘Oh, well that’s interesting. I wonder why this statue was ever erected in the first place.’ and then ‘Hmmm, I wonder if there are any other statues or historic icons we celebrate in a similar way…’

We can all do this together. Your class may have seen it on the news or heard their family talk about it. Use it as a way of teaching them about other people we may have inaccurate interpretations of – like that bloody P T Barnum.

Personally, I think film and tv studios need to be more accountable and responsible when retelling history, especially to young audiences who may not accept that ‘based on a true story’ can be used so loosely. After all, if we teach a class a wrong piece of information, thirty children will get it wrong, when a blockbuster film like The Greatest Showman does it, the reach is astronomical.

As teachers, we need to accept that we have fallen short of the mark and need to consider our own understanding of history before we pass that information on to others.

There are certain eras of history where it would be impossible to not mention the slave trade for example, as it had such a huge impact on the work and economy of most of the world. When talking about WW2, are Churchill’s beliefs entirely relevant to leading us to victory over the nazis? I honestly don’t know. His flaws should certainly be addressed, but how can they be shoe-horned into current lesson plans without de-focussing the lesson?

For now, I think it’s a time to listen and a time to reflect on where we’ve fallen short and how we can prevent that from happening again.

These are some of the things that I have done to educate myself and improve the diversity in my teaching:

These are not a way of showing off. I still have a long way to go and will continue to increase the amount of work I do in addressing that. I just wanted to highlight the kinds of approaches we can make as history teachers to educate ourselves and others. I wouldn’t want to separate history into colours: Black History Month, etc as I think it should be a part of our collective history – Morgan Freeman makes an excellent point about this in an interview. Nor do I think we should vilify white people and the amazing achievements of our past.

I just believe that an acknowledgement and an ability to listen and re-learn will go a long way in creating a more diverse and accurate representation of Britain’s history and it starts with educating young people. Which, in reality, means it starts with history teachers.