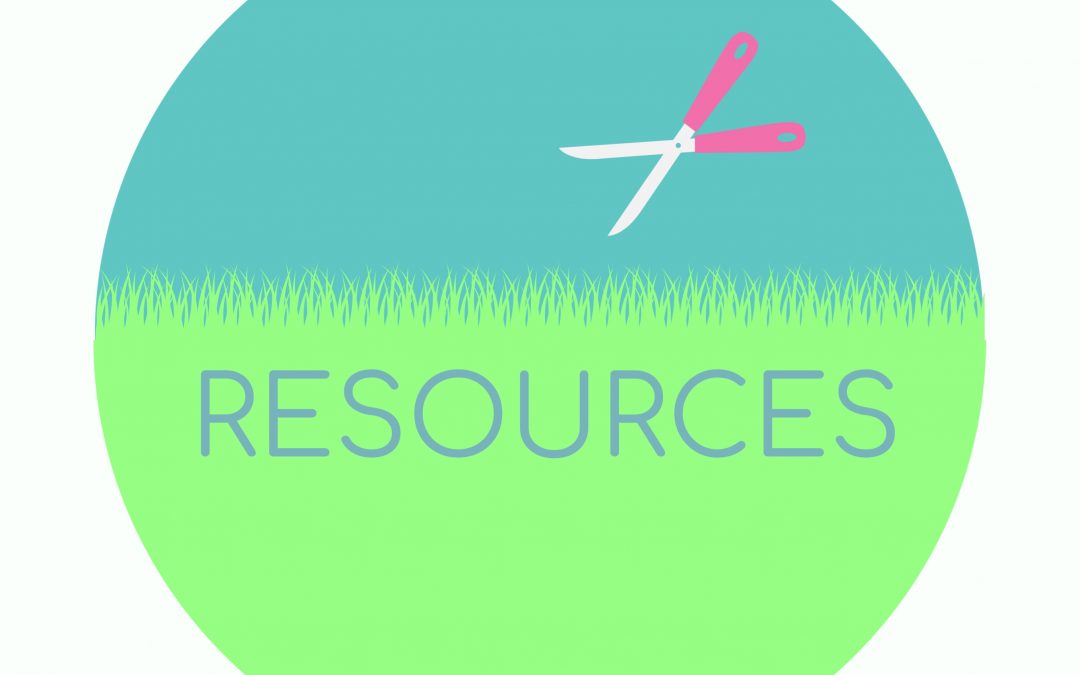 Okay, I would like you to imagine that you are the world’s leading grass cutter. You have done ten years of training in the field (excuse the pun), you have the best scissors that money can buy, you take great care and effort in every blade of grass you cut.

Then the worst possible thing happens: the lawnmower is invented. You are out of a job. Lawnmowers are incredibly easy to use and take a fraction of the time to cut the grass that you spend hours on. There are even lawnmowers that you can sit on whilst they whizz around the field, cutting the grass with ease.

The scissors are your resource.

The lawnmower is the new, expensive resource that everybody wants. The people who have this resource are winning business and are the talk of the town.

What should you do?

Some people might go deeper into their scissors training. They wake up each morning and work on their speed to try to compete with the lawnmowers.

Some people might throw away their scissors or sell them to start saving money to buy their own lawnmower.

The issue, is that new resources will always spring up every few years or so. They each cost money. They each require research and a level of commitment to learn how and when to use them. Until you start using them, it is nearly impossible to tell how well they will work and how frequently you will use them. Personally, I have props and pieces of costume that I have bought for £5 which I have used probably over a hundred times and have added a lot of value to what I do. I also have resources that have cost hundreds of pounds which I haven’t found a use for yet.

If we return to the weird analogy, it may seem like the obvious solution is to get a lawnmower. It will make your job a lot easier. Simple.

However, what if everybody has the same idea? Each field in your local area is now trimmed down and there are queues of people sat on their lawnmowers waiting for the grass to grow so they can get to work using their new resource.

You still have your scissors, but you feel deflated and useless. You have lost your purpose.

Just down the road a little shop opens. It sells bonsai trees. They’re small and delicate. They require time and skill to prune the branches and leaves. These trees become a huge sensation in the town and everybody wants them in their homes and gardens. Everybody starts tilting their lawnmowers at precarious angles trying to trim their trees, but it’s impossible. They go looking for those scissors they used to use. They’re long gone – either at the back of a drawer or thrown away.

Your resource has found its use again.

Apologies for the really strange story, but it’s one that I think about often when planning for a new topic. Fumbling for resources in front of a classroom of children, or finding that you don’t have the right thing at all can really detract from a lesson, destroy the pace and affect your confidence as a teacher.

I think this simple story does have two key lessons for teachers though:

Your resource might be some genuine Viking artefacts. It may be a really good laminator. It may even be your knowledge of earthquakes and volcanoes. Whatever your specialism or resource is, there will be people in your school community who don’t have that and could benefit from it. There will also be people in your school who have things that you do not that will greatly benefit your class. And if not, there will be somebody on Facebook or Twitter or LinkedIn who could help.

As teachers it can be really frustrating when we don’t have or can’t afford something that will improve our teaching experience. We’re sat with our scissors when we need a lawnmower. But our scissors will be useful again one day and the person next door has their lawnmower ready for you to borrow.

I know that I am guilty of spending way too long trying to make a resource complete a job or fulfil a role that it wasn’t built for. I’ve also been guilty of postponing ideas because I can’t afford a certain gadget or bespoke piece of costume that I feel I need to make it work.

Sometimes once we’ve bought the lawnmower, we can see that a new one has become available. We already have the Lawnmower Super 1000, but the Lawnmower Ultra 2000 has just been released. We feel inferior and we need all the new features that we don’t yet have.

During my work in schools, I have scraped together costumes from charity shops and worked with a budget of £10. I have also spent nearly a hundred times that amount on other costumes. There has been no noticeable difference in the results. There are sometimes costumes and props which cannot be scrimped on, and some that can be fashioned from very cheap materials. The trick is to learn which is which and be creative in your preparations and delivery.

Each of our resources serves its own purpose. We should aim to find multiple uses for them, but we shouldn’t stress and spend too long trying to fit round pegs in square holes.

A practical tip that I have heard some schools use is to make a database or book of all the ‘special’ resources you have. It’s interesting to flick through it and see if there are things in there that can help you or generate some new ideas for next term. Have a conversation with the resource owner about how they use it and how you were thinking of using it. If possible, get them to visit your class for ten minutes to talk about the resource if possible.

If you have an idea, don’t be limited by the resources you currently own, don’t spend time and effort trying to force something to work, and don’t be afraid to speak to colleagues and friends who may be able to help or support you.

Whatever you do, don’t lose your passion for taking care and time with your scissors. Your bonsai moment will come.