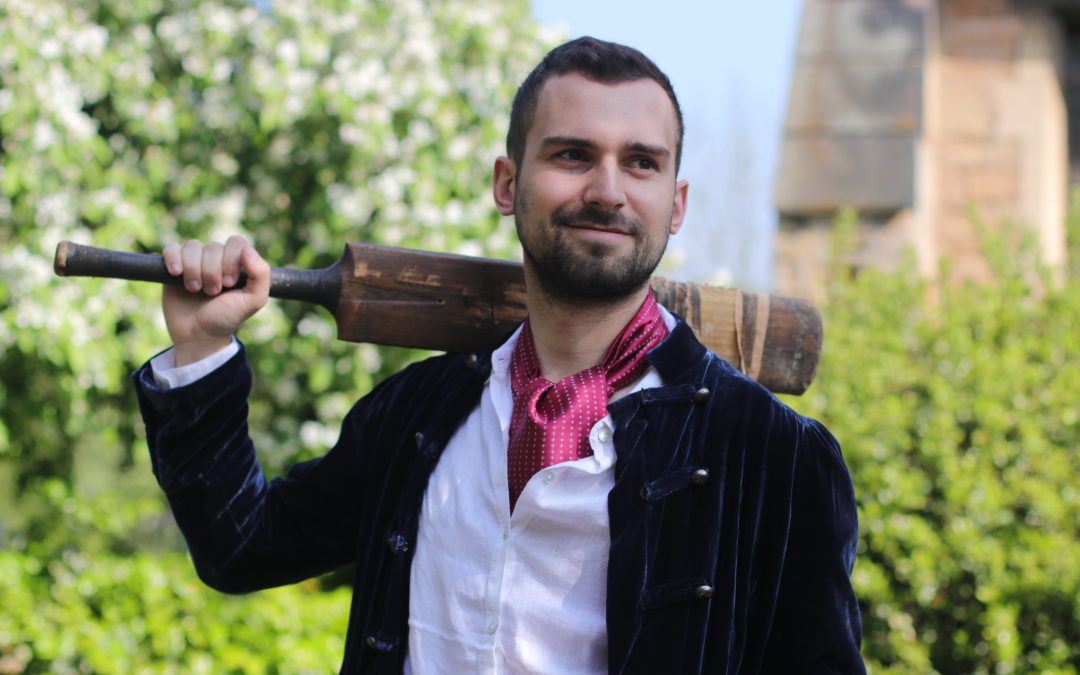 I visited 275 children in Hucknall this week dressed as Lord Byron. This was part of a local heritage scheme funded by Nottinghamshire County Council. As Hucknall’s most famous celebrity, Lord Byron seemed like an obvious choice, but after doing a bit of research it can seem like a horrible idea. By all accounts he was a trouble-maker: he has numerous affairs with both men and women and died in a huge amount of debt.

So why should we teach children about him?

Aside from being scandalous, he was also an incredibly gifted writer. He overcame adversity and fought against the odds to become one of the best known poets of the Romantic era. One of the first stories I tell during this workshop is about Byron joining the Harrow cricket team. I would limp into the classroom and one of the first questions I would be asked is about my leg. The children would all very sympathetically listen to my story of being born with club foot and the issues and prejudices that followed because of this. I was genuinely surprised to see that often children would become vocal at this point and take my side. I would then tell the story of how I played in one of the biggest cricket matches of the year (Eton vs Harrow) and was one of the top batsmen in the lineup. Here comes the first moral lesson of the session: never be limited by others’ expectations. It’s a genuinely heartwarming story from Byron’s early years. This is later reinforced when I demonstrate with a member of the class how tricky it was when I swam Hellespont with one club foot and one flare in my hand. Overcome adversity.

His writing is obviously the central point of the workshop. A short tale of Byron’s first attempts at writing and the masses of criticism he received is another example of the man’s incredible resilience and determination to strive for greatness. I use this opportunity to speak to the class about how it feels to receive negative feedback from teachers. I make it very clear that constructive criticism is just somebody else’s opinion to try to help you improve and correct any mistakes. Abusive feedback is just somebody else’s insecurities and although it can be tough at times, it is really important to block it out and keep working towards your goals.

Some of the questions I have been asked this past week by children have been unexpected to say the least. The fun quirks, props and costume have all just been used to hold each child’s attention long enough to get them to draw, create and write. It’s been a pleasure to be a part of sparking their curiosity. From looking around for Percy the peacock to promising hundreds of pounds to children after just telling them that I never pay my debts, it’s been a really fun week in my local community portraying a misunderstood man and searching for the next big name of Hucknall.