History is Not A Comfort Blanket 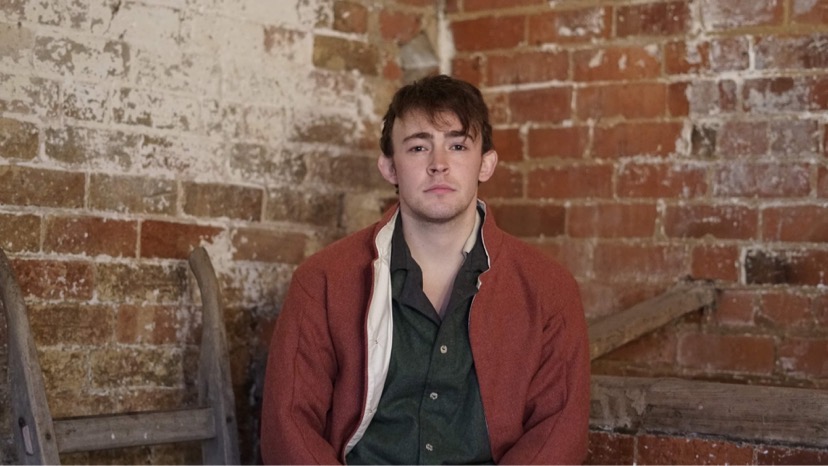 This week, I have been working alongside Bassetlaw Museum to develop their Thanksgiving video content. Nottinghamshire has just gone into a local lockdown, so we wanted to address the thanksgiving story in an appropriate way virtually.

The temptation was to create a very middle-of-the-road video. By this, I mean it would be easy to either portray the Pilgrims’ point of view and skirt around the Native American perspective (as it is done in most American elementary schools) OR to deliver the story in a very cold, fact-based way. I wanted to take on the challenge of creating a character-based video, explaining the early days of Plimoth colony. The team at Bassetlaw Museum were very trusting in me and supportive in this approach.

The issue was that we wanted to explore a European Pilgrim character rather than a Native American one. For me, there were two main reasons for doing this:

a) Most of Nottinghamshire is unaware of our links to the Mayflower and this is a great opportunity to raise awareness through a popular, more familiar American holiday.

b) I don’t think it’s fair to expect the Native Americans to explain to us the suffering of their ancestors and why it was wrong.

With that second point, I would like to clarify that I (of course) value the Native American insight and perspective, which helped inform the script-writing process. I would just like to suggest that exploring the suffering of the Native American people from the Pilgrim’s point of view would be beneficial too. Although not historically accurate, giving these characters the benefit of hindsight and the modern understanding of colonisation allows us to take responsibility and feel a greater heritage link to the story and it’s relevance to our local history.

Working with Heritage Engagement Officer Isabelle, we sketched out some initial thoughts and started drafting ideas. Eventually we settled on a concept for a Mayflower pilgrim (ambiguous) to be reflecting on the early years of the colony, paying attention to the events leading up to thanksgiving, the meal itself and the events that followed. It’s very honest in it’s descriptions and offers sensitive reflections of why conflict arose and how it manifested in the colony.

At one point, the actor playing the role suggested including some more emotional details about his family, but we were very clear in not wanting to encourage sympathy through personal anecdotes for the Pilgrim character when it wasn’t practical or logical to offer the same for the Native Americans. The risk being that evoking empathy for one side of the story downplays the suffering of the other and becomes a ‘pity me’ sob story.

Luckily, Isabelle was able to create a short script from the Nottinghamshire Pilgrim’s perspective. I think it’s a very challenging piece of history which we have had to evaluate and present in a tonally fair and engaging way through the video.

I anticipate some queries about why the story isn’t being told from a Native American perspective, but when looking to discuss local heritage and draw links to local history, I think this is a gateway for a lot of people who may have been misinformed about the reality of Plimoth colony to find out more about England’s past and listen to a white European Pilgrim talk about the suffering that he has caused and take ownership of it. Not in an attempt to make anybody feel shame about these people who lived four hundred years ago, but in an attempt to reflect in the same way that this imagined Pilgrim character in front of us is reflecting.

A tweet from Rachel Smith (@smudge2492): ‘If, when studying history, you don’t come across things that make you feel uncomfortable, upset and/or angry, you’re not doing it right. History is not a comfort blanket, it is chequered with the good, the bad and the grey areas of humankind.’

The beauty of social media, is that we can connect with communities from around the world to hear their perspective. If you would like to hear more information from the Native American perspective, I would recommend www.SmokeSygnals.com or their Facebook page (@SmokeSygnals).

The thanksgiving video will be released next month on Pilgrim Roots’ social media pages.